You are here: Home » Archives for

Vladimir Unkovski-Korica received his first degree in law but switched to post-graduate study in history at Oxford University and then at the London School of Economics, where he taught extensively and obtained a doctorate in 2011 for a thesis entitled ‘Self-Management in the “Yugoslav Road to Socialism”: Market, Mobilisation and Political Conflict 1948-1962’. This will be turned into a book with I.B. Tauris. Vladimir now hopes to extend his expertise in the social and political history of the Balkans and Eastern Europe, labour history, and Communism. Active outside academia, he has also published widely on contemporary affairs in Serbia and is a founding member of the editorial board of the monthly political journal Solidarnost. 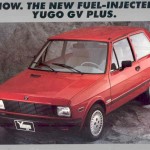 The article is co-authored with Sara Bernard, whose profile is available underneath the Italian translation of the article https://www.inchiestaonline.it/lavoro-e-sindacato/serbia-la-fiat-compra-la-zastava/   Fiat’s Turn in the Driver’s Seat 1.The first debt crash: from import-substitution to export mania The Zavodi Crvena Zastava [Red Flag Factory] was set up in 1951 in Kragujevac, a city located in the Šumadija […]